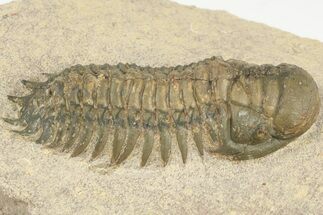 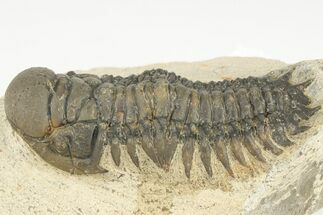 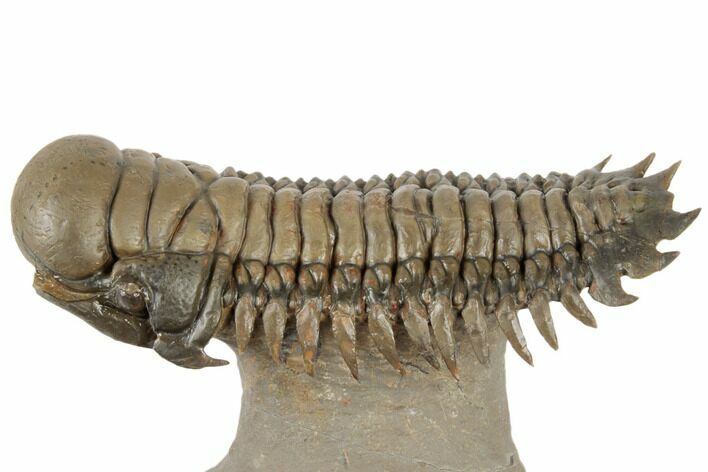 This is a beautiful, 3.4" long, specimen of Crotalocephalina gibbus from Atchana, Morocco. Nice preparation and shell detail. It has been prepared in a "flying" pose by removing nearly all of the surrounding limestone. This leaves it floating above the rock on a pedestal. The preparation takes lot of time but the results are quite spectacular.

Restoration is only about 1% along a repaired crack. 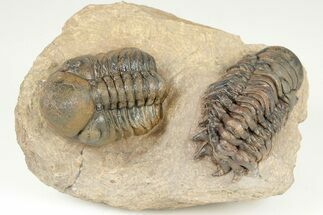 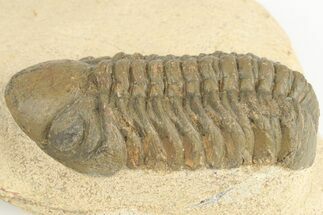 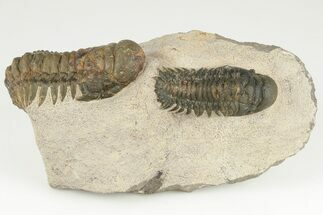