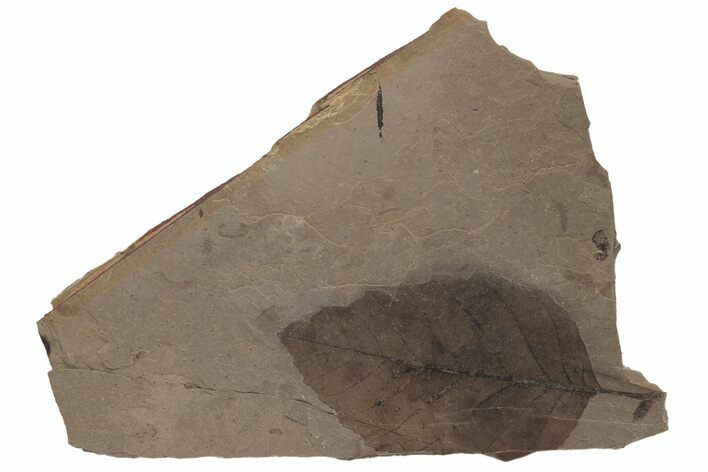 This is a 3.4" wide plate of leaf fossils from the McAbee fossil beds in British Columbia, Canada. The leaf appears to be of the Fagus sp., in the family fagaceae.