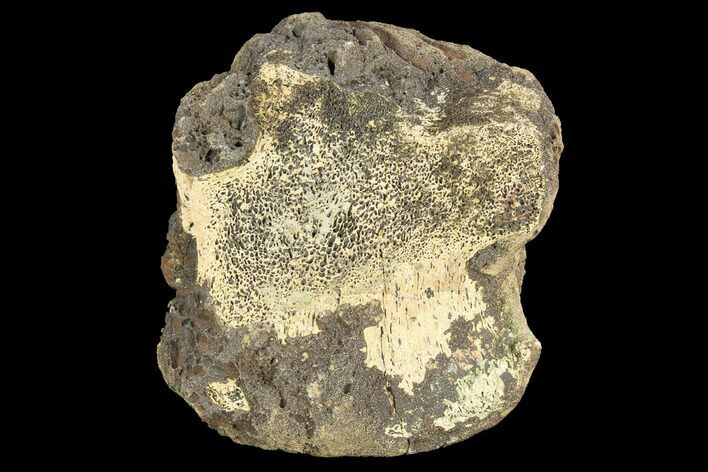 This is a 3.4" fossil Triceratops caudal vertebra section, from the Hell Creek Formation near Bowman, North Dakota. It is the body (centrum) of the vertebra from near the tip of the tail. It still has some of the surrounding rock attached and would make an interesting project for someone who wanted to try their hand at specimen preparation.