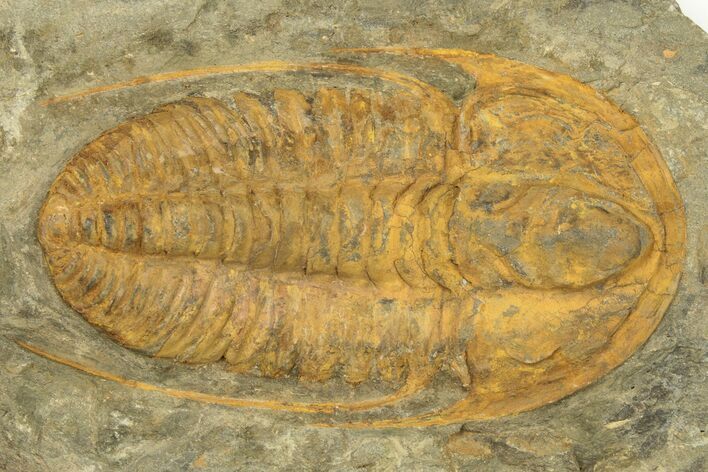 This is a very large, 3.45" long specimen of the Middle Cambrian trilobite Hamatolenus vincenti. The bright orange coloration is natural and due to the oxidization of iron pyrite into limonite. 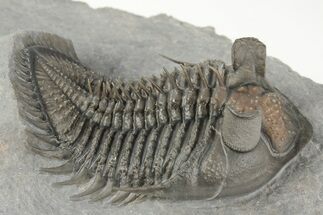 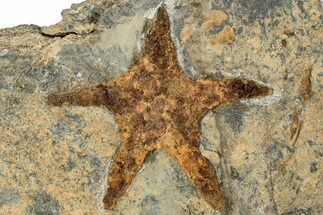