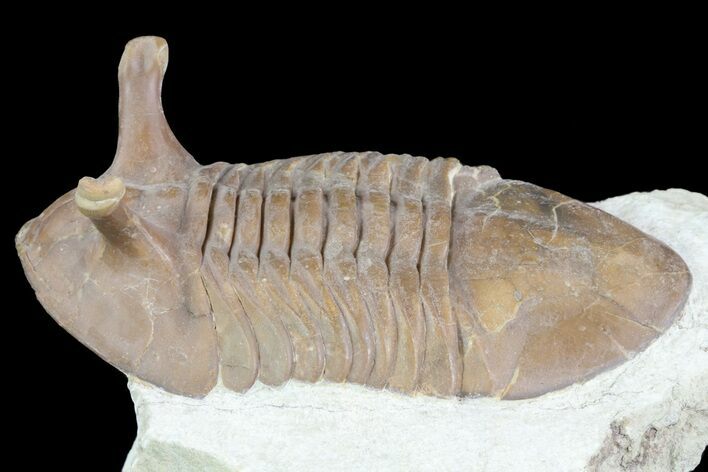 This is a large example of the stalked eyed trilobite Asaphus intermedius from the St. Petersburg region of Russia. This is one of the more uncommon Asaphus species from the area and at 3.5" long this specimen is quite large. Type hypostome (mouthplate) was been exposed on the underside of the head. There is a patch of shell restoration on the left hand side of the tail, and then some small gap fills between shell fractures on the right side.