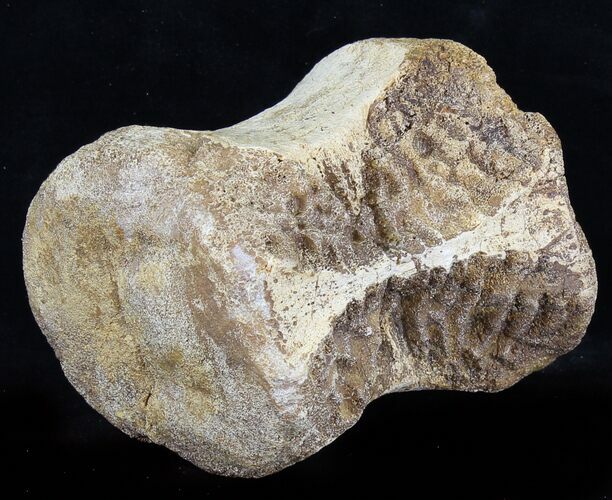 This is a 3.5" long vertebrae of the Hadrosaur, Edmontosaurus annectens from the Hell Creek Formation of Montana. It's nice and solid and heavy.