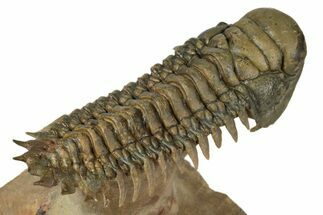 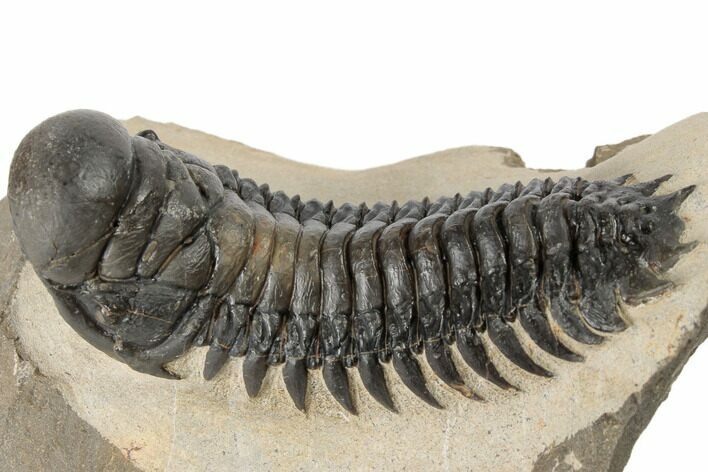 This is a large, 3.6" long, trilobite (Crotalocephalina gibbus) quarried from the Lhandar Formation near Atchana, Morocco. It is very inflated and has been carefully extracted from the surrounding limestone so that it looks like it is ready to crawl off of the rock. The hypostome or mouth plate has been exposed on the underside of its head. 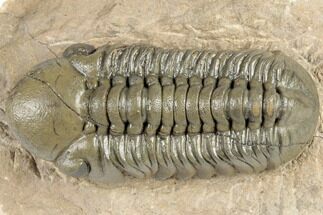