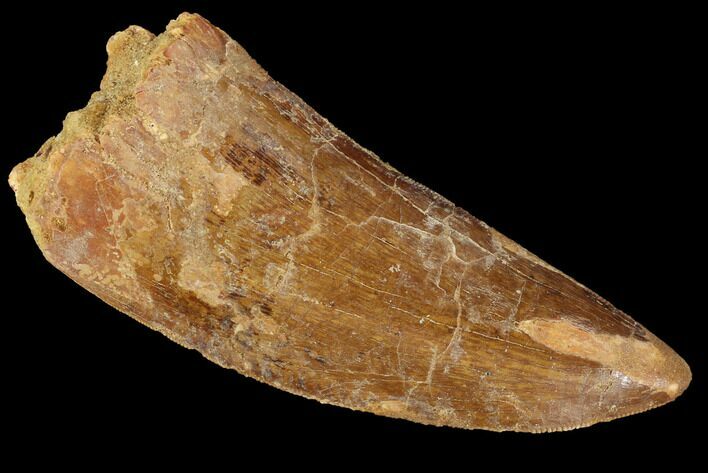 Many of the serrations are still visible along the edge of the blade. There are a number of crack repairs with small gap fills in the tooth which is typical of most large Charc teeth. The final 1/4" of the tip has been restored. 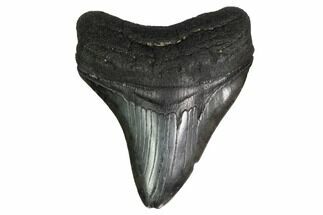