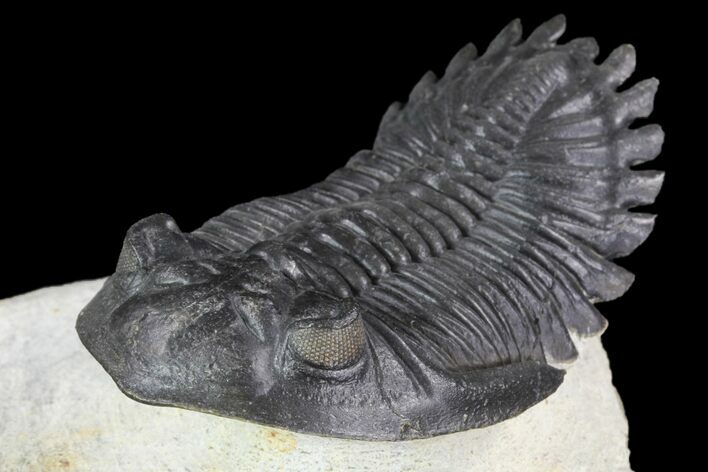 This is a top quality, 3" long example of the trilobite Hollardops mesocristata from Ofaten, Morocco. Very nice preparation, with nice shell detail including clear eye facets in both eyes. The limestone surrounding it has been removed so that it appears to "fly" above the rock. This is a very time consuming process which requires a lot of skill. There is no restoration on this outstanding specimen.