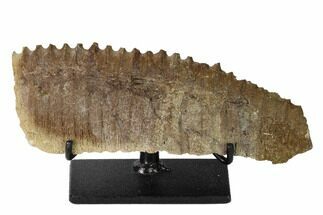 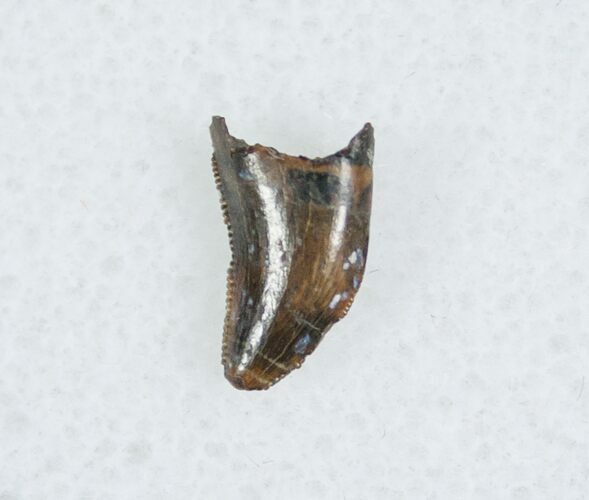 This is a small tooth of a Dromaeosaur. These small theropod dinosaurs are popularly referred to as raptors. It comes from the Cretaceous aged (66 million years) Hell Creek Formation in Powder River County, Montana.