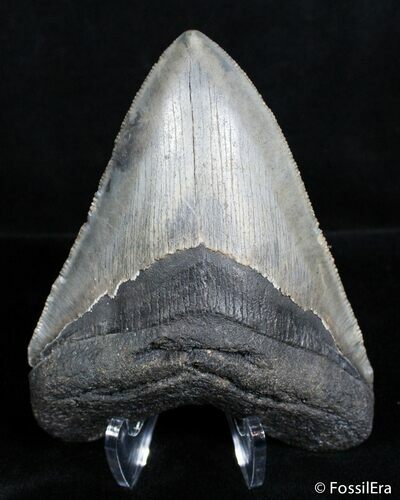 This is a nicely shaped 4 inch long Megalodon tooth collected off of the South Carolina coast. The enamel is in good shape and it is well serrated. It comes with an acrylic display stand.