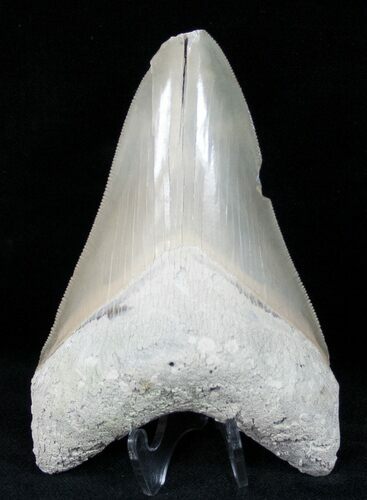 This is a beautifully colored and sharply serrated, fossil Megalodon shark tooth from the Lee Creek Mine near Aurora, North Carolina. Megalodon teeth from the Lee Creek Mine are hard to acquire anymore as it is not publicly accessible anymore. There is some damage to the tip but otherwise the tooth has excellent preservation. It's hard to acquire teeth from this location anymore. 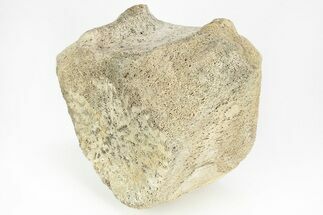 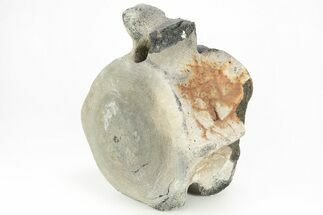 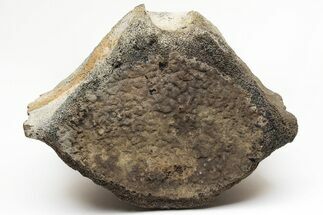