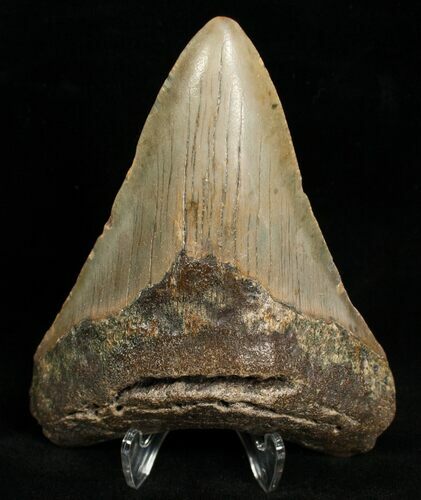 This is a 4.02" long tooth from the prehistoric, monster shark, the Megalodon. It was collected on the coast of North Carolina after it eroded out of the Miocene aged Pungo River Formation. It includes the pictured stand to show it off.