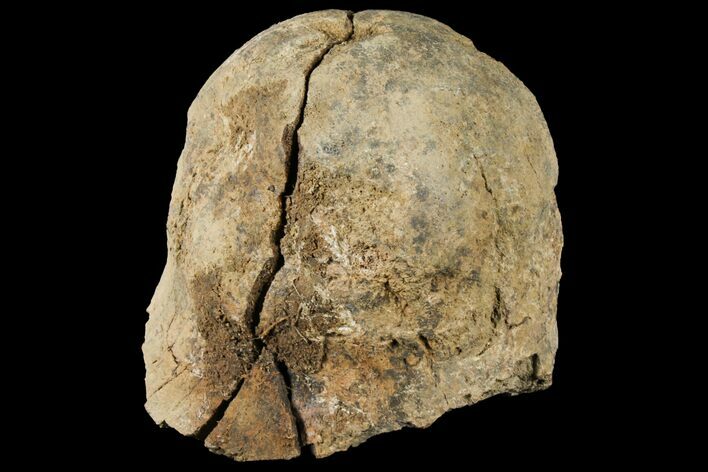 This is a 4.2" long occipital condyle of a Triceratops horridus. It was collected from our partners' lease in the Hell Creek Formation near Bowman, North Dakota last year. There is no restoration to this specimen, however there are spots of glue stabilization in fractures throughout the condyle. The occipital condyle would have articulated with the first cervical vertebra of the Triceratops.