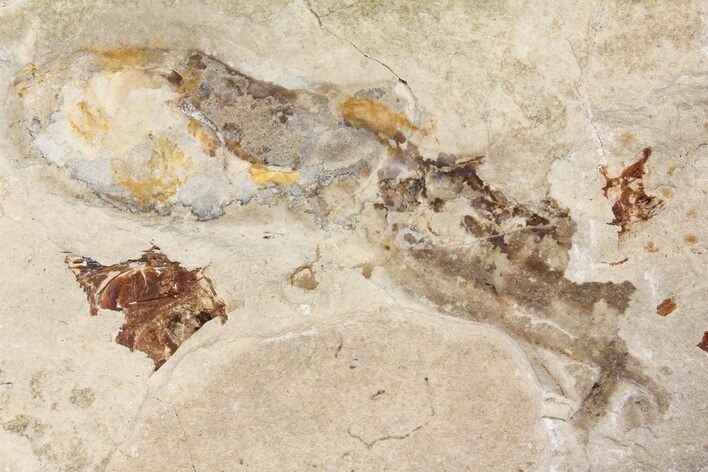 This is a truly exceptional and rare fossil, a 4.2" long octopus from the Upper Cretaceous Sannine Formation of Hakel, Lebanon. It has excellent soft-bodied preservation including tentacles and even the ink sack, however the gladius is not visible on this specimen. The tentacles are still partially covered in limestone along one side of the specimen, meaning this octopus fossil is likely around 4.7" long. It could likely be prepared further by a skilled preparitor to expose the tentacles more.

A paper describing this genus can be found at the link:

Both the positive and negative halves of this specimen are included. Comes with acrylic display stands. 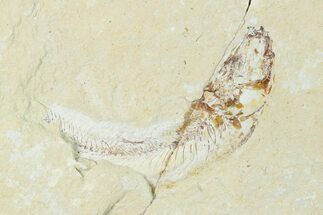 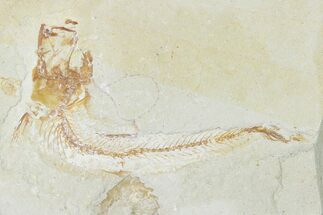 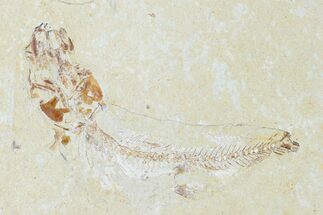