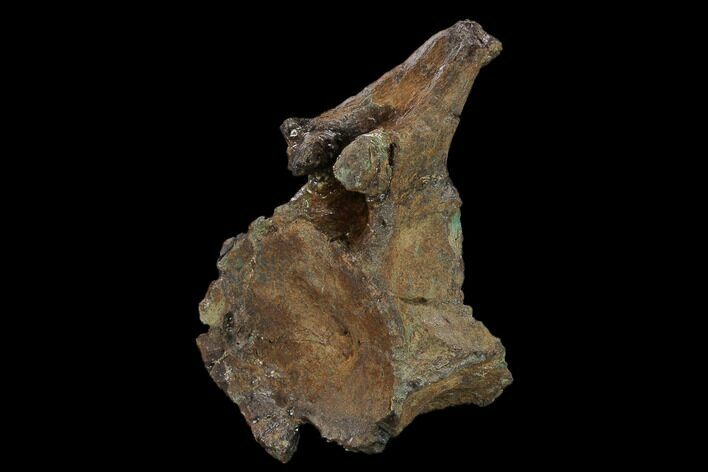 This is a small, 4.2" tall caudal (tail) vertebrae of Triceratops horridus. It was collected from our partners' lease in the Hell Creek Formation near Bowman, North Dakota last year. It comes with an acrylic display stand.

There is a repaired crack that runs through the centrum and multiple repaired cracks through the spinous process. Aside from some gap fill restoration along the anterior/inferior edge of the vertebra. This vertebra has been compressed by natural geologic process.