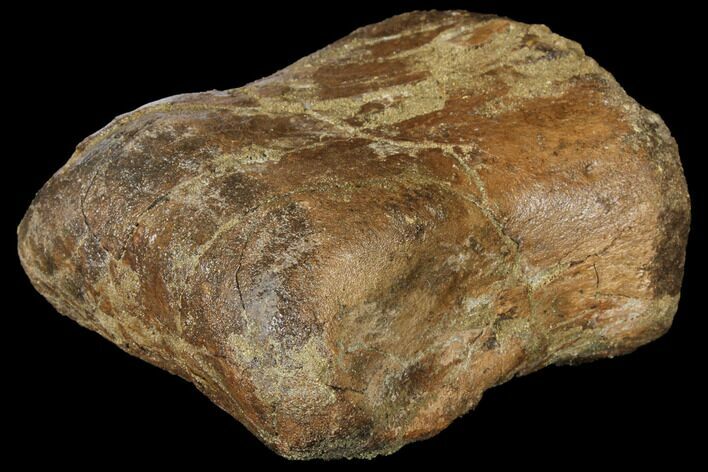 This is a 4.2" long toe bone of Triceratops horridus from the Hell Creek Formation near Glendive, Montana. It's in pretty good condition without much erosion. There are quite a few stabalized cracks, running through the bone, many still filled with rock.