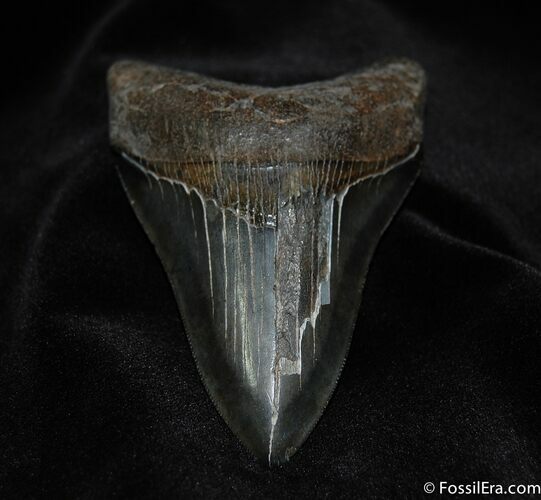 Check out the serrations and tip on this baby. The tooth itself is 4.27 inches in length and has absolutely zero repair or restoration. It's got some enamel peel on the front but everything else is great and it displays very well on the included stand. It's a really nice meg tooth for the price.