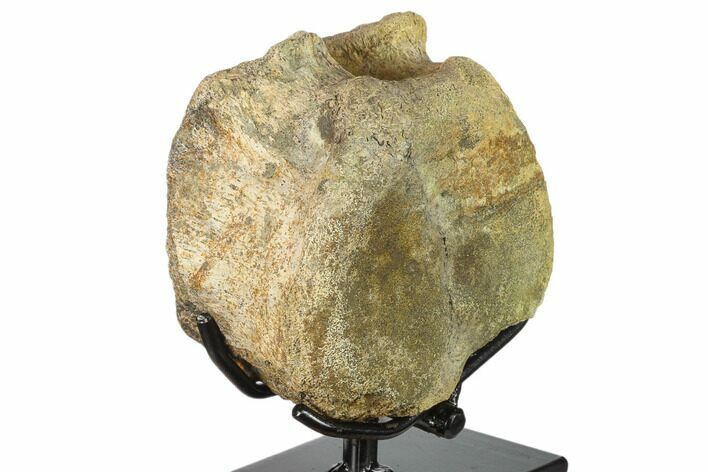 This is a beautiful 4.3" tall Hadrosaur (Brachylophosaurus) vertebra from the Judith River Formation of Montana. The cortical bone has weathered away from most of the vertebra and there is a repaired crack that runs through the middle of the specimen. The only restoration is in the form of minor gap fill in spots where the bone crumbled through the repaired crack. Overall this vertebra is still in great condition.