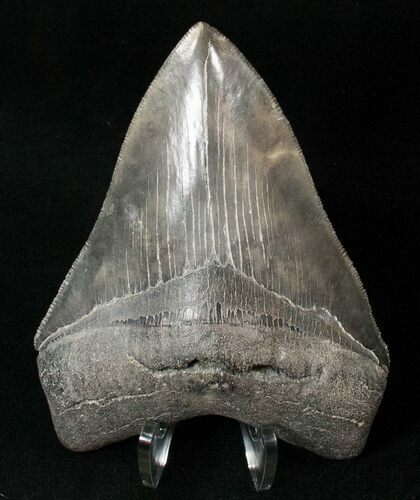 Here is a collector quality, 4.35" Megalodon tooth collected near Medway Sound, Georgia. The tooth has beautiful enamel preservation, is very symmetrical and is nicely serrated. It comes with an acrylic display stand.