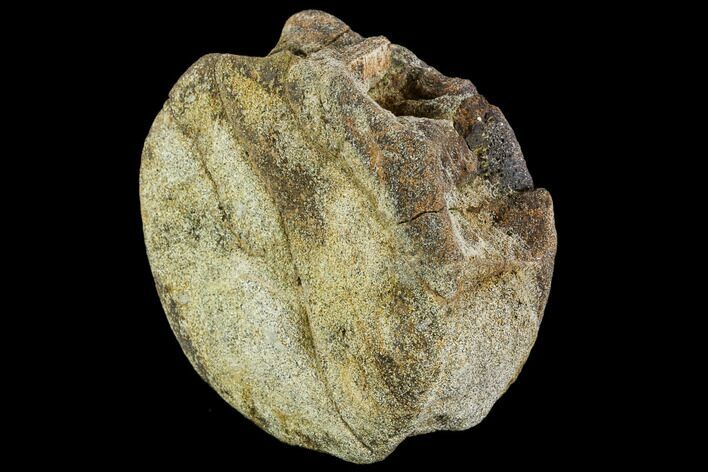 
This is a 4.4" wide vertebra centrum of an unidentified species of Ceratopsian dinosaur from the Horseshoe Canyon Formation, Alberta. It is the centrum only. The processes are missing but a portion of the neural canal is present. This specimen is weathered but in good condition with repaired cracks.