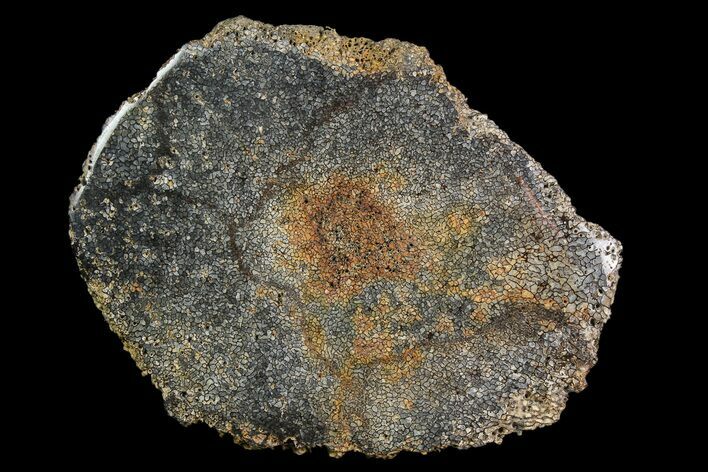 This is a rare, cut and polished vertebrae of a British sauropod dinosaur, Duriatitan humerochristatus. It was collected from a gravel pit in Abingdon, Oxfordshire, England. The cutting and polishing of the vertebrae allows for presentation of the bone cell structures and the natural mineralization that occurred within. You really don't see British or European dinosaur material on the market very often. Comes with an acrylic display stand.

Cetiosaurus meaning 'whale lizard' is an herbivorous sauropod dinosaur from the Middle Jurassic Period of Europe.

Cetiosaurus was in 1842 the first sauropod from which bones were described and is the most complete sauropod found in England. It was so named because its describer, Sir Richard Owen, supposed it was a marine creature, initially an extremely large crocodile, and did not recognize it for a land-dwelling dinosaur. Because of the early description many species would be named by genus, eventually eighteen of them. Most of these have now been placed in other genera or are understood to be dubious names, based on poor fossil material. The last is true also of the original type species, Cetiosaurus medius, and so C. oxoniensis was officially made the new type species in 2014. C. oxoniensis is based on three more or less complete specimens, discovered from 1868 onwards. Together they contain most of the bones, with the exception of the skull.