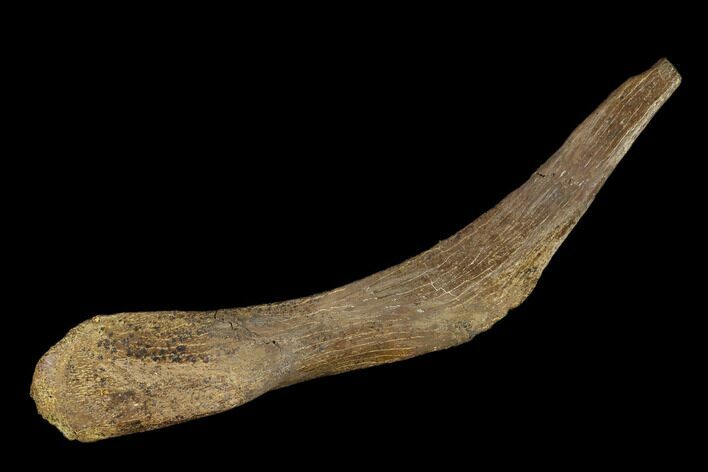 This is an 4.5" long cervical rib of Edmontosaurus annectens, a species of Hadrosaur more commonly referred to as a "duck-billed dinosaur". The bone was collected from the Hell Creek Formation in Carter County, Montana. There are 3 repaired cracks through this bone with some spots of gap fill restoration where fragments of bone weren't collected. Most of the cortical bone is intact with the majority of weathering occurring along the edges and ends of the bone.