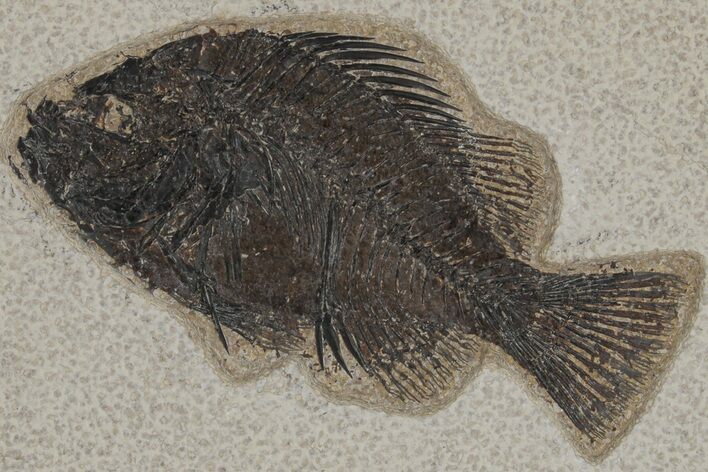 This is an exceptionally well preserved, 4.5" long Cockerellites (Priscacara) liops fish from the famous 18 inch layer of the Green River Formation. It was collected from Lindgren Quarry near Kemmerer, Wyoming. It is beautifully centered on a rectangular slab of rock.