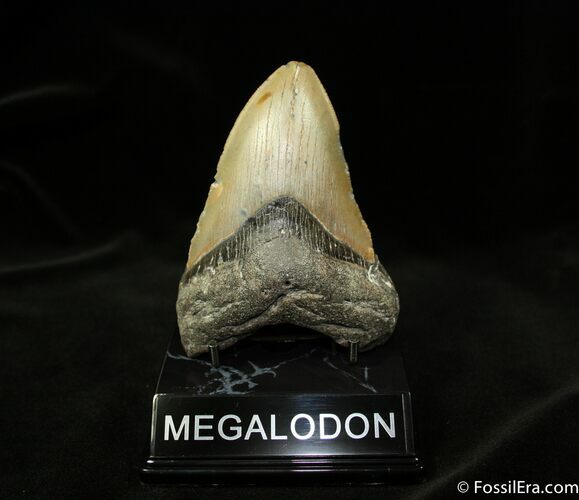 To help celebrate #FossilFriday we are running a series of fossil giveaways on our various social media accounts (Facebook, Twitter, Google+ and Pinterest). This is the prize for today's Facebook contest that will run for 24 hours from noon (PST) on Friday.

Be sure to like our page if you haven't yet as we will be regularly running contests, special offers as well as providing updates on new listings.

Now About The Tooth

The tooth itself is an authentic 4 1/2 inch long Megalodon tooth collected from the Pungo River Formation on North Carolina. It includes the pictured stand to display it.