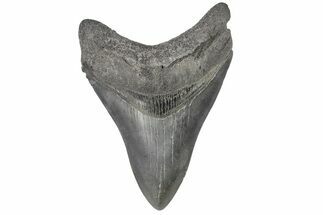 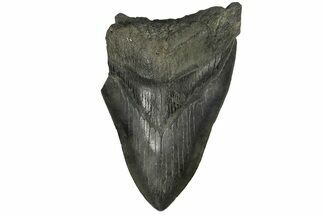 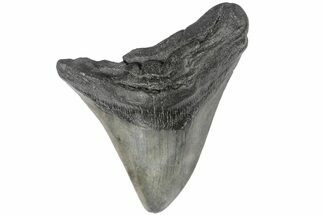 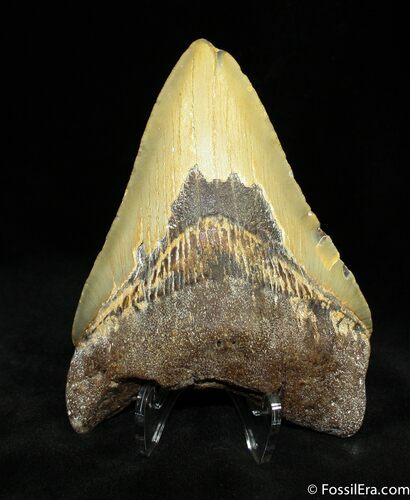 Here's a 4.68 inch Megalodon tooth from the Hawthorn Formation of South Carolina. This would have come from an adult 40+ foot long shark, a true terror of the prehistoric seas some 5 million years ago. It displays well on the included acrylic display stand.