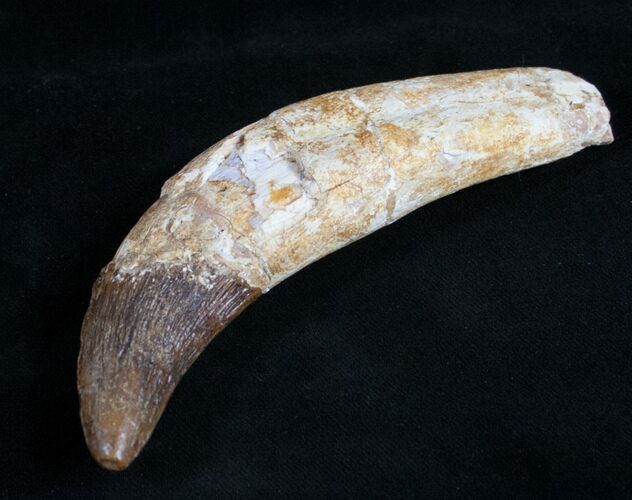 Artists reconstruction of a group of Basilosaurs.
is a large, 4.7" long tooth from a Basilosaurid, a type of Archaeocete (primitive whale). These rare teeth come from the Late Eocene aged deposits in the Western Sahara near Dakhla, Morocco and are associated with teeth of the shark Auriculatus, a Megalodon ancestor. My best research indicates the most likely species is the Basilosaur, Zygorhiza kochii, but I'm leaving a question mark on that because it's not definitive.

This is a nicely preserved tooth from the location. Nearly all of the Archaeocete teeth found at this location are broken and are heavily restored, composited, repaired. We removed the restoration from the ones we purchased and re-restored some areas where appropriate. The ONLY repair work done to this tooth is two glued cracks in the root and some touchups to some scratched enamel (toolmarks) on the crown. This makes it a very pristine tooth compared to most teeth from Dakhla. 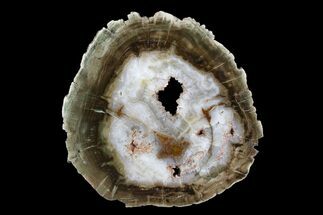