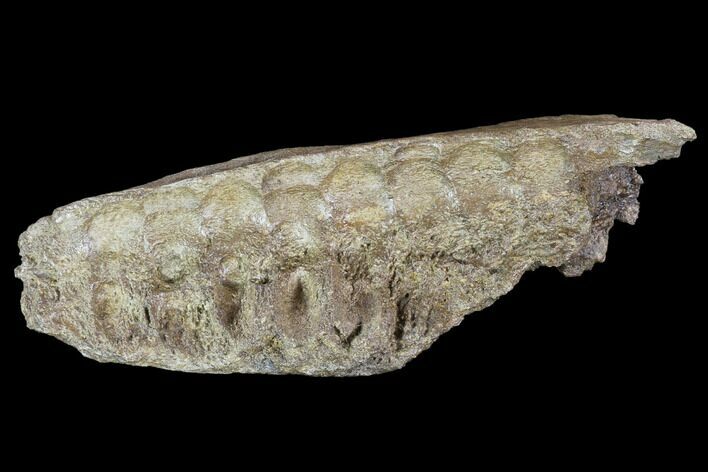 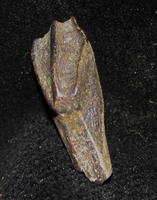 A photo of a rooted Hadrosaur tooth like would have been in this jaw section.
is a 4.7" long jaw section Edmontosaurus annectens of a Hadrosaur, often referred to as a duck-billed dinosaur. You can see the grooves where six of it's teeth would have been. Hadrosaurs are believed to have the most teeth of any known dinosaur, some species having as many as 900 small teeth in their mouth which would have been used to grind vegetation.

The bone is solid and was collected this summer from the Hell Creek Formation in Powder River County, Montana.