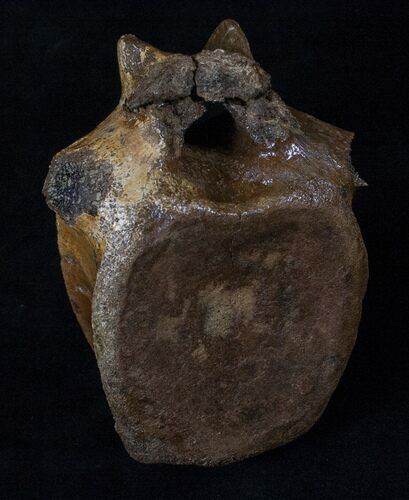 This is a nicely preserved vertebrae of Edmontosaurus annectens a type of Hadrosaur (Duck-Billed Dinosaur) It was found in the Hell Creek Formation of Montana. The processes are missing and there is some erosion to the surfaces but it is very solid. It's in nice shape with the neural canal and part of the processes still intact, features that are often lost due to their delicate nature. There are a few repaired cracks to the process, but no restoration. A nice solid vert.