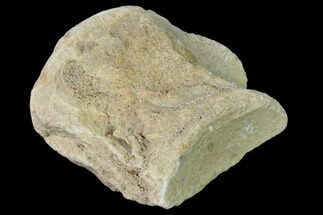 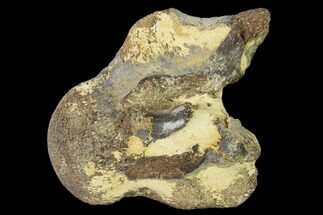 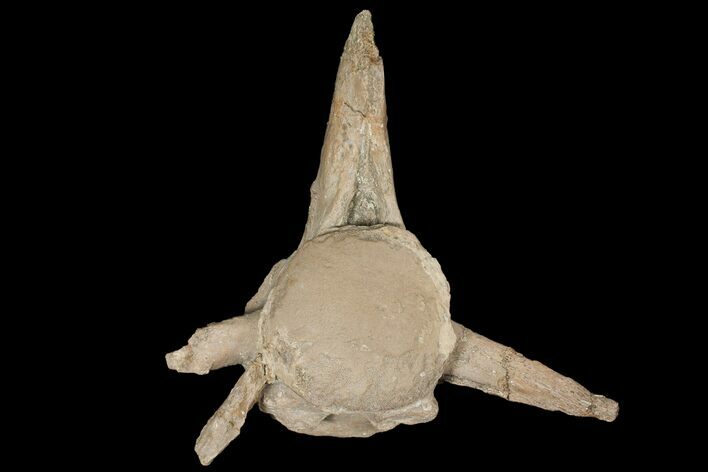 This is a nicely preserved, 4.5" tall, Tylosaurus vertebra from the Smoky Hill Chalk in Gove County, Kansas. The processes are mostly intact in this specimen though they have a few repairs. 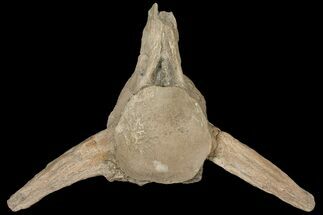 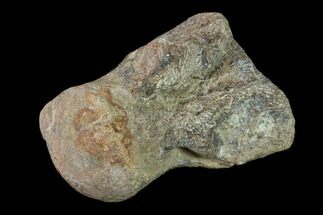 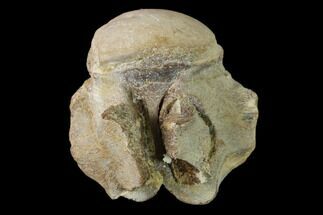 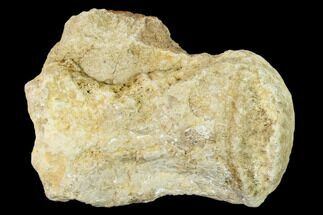 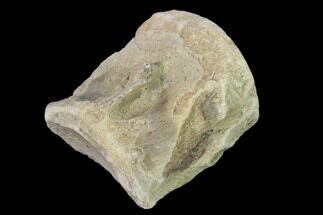