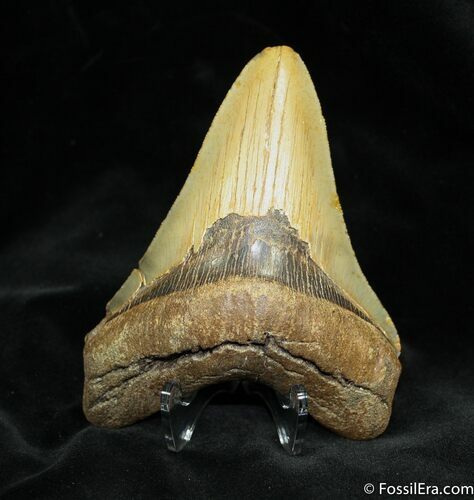 Here is a big 4.87 inch long tooth from the prehistoric, whale eating, mega-shark the Megalodon. This tooth would have come out of a 40+ foot long adult shark. It is from the 4-7 million year old Hawthorn Formation of South Carolina. The tooth has beautiful blade coloration and comes with an acrylic display stand to show it off.