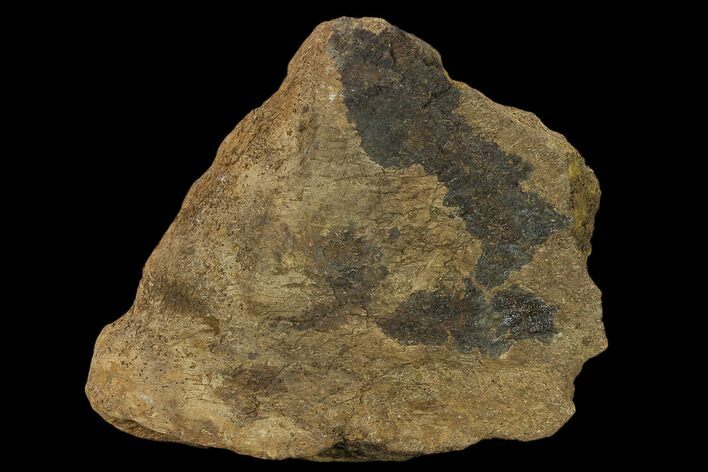 This is a 4.9" fossil Triceratops skull section, from the Hell Creek Formation near Bowman, North Dakota. It appears to be a Triceratops jugal bone. Comes with an acrylic display stand.