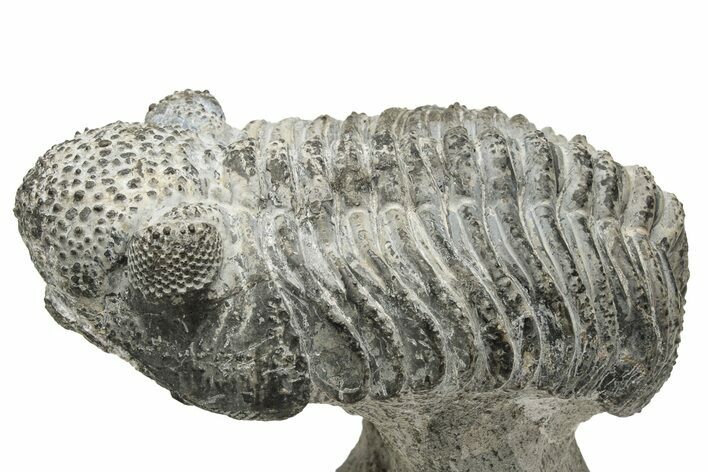 This is a large, 5" long Drotops megalomanicus trilobite quarried from Mrakib, Morocco. The shell has a white patina to it. This is often seen on specimens from Mrakib where specimens from Issoumour tend to be jet black.

There is good preservation in both eyes and only about 5% shell restoration overall. The limestone surrounding it has been sculpted to create a natural display base that it stands up on a hard surface without the need for a display stand. A really cool piece. 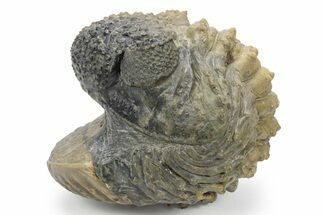 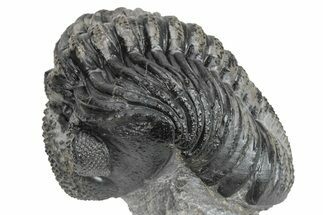