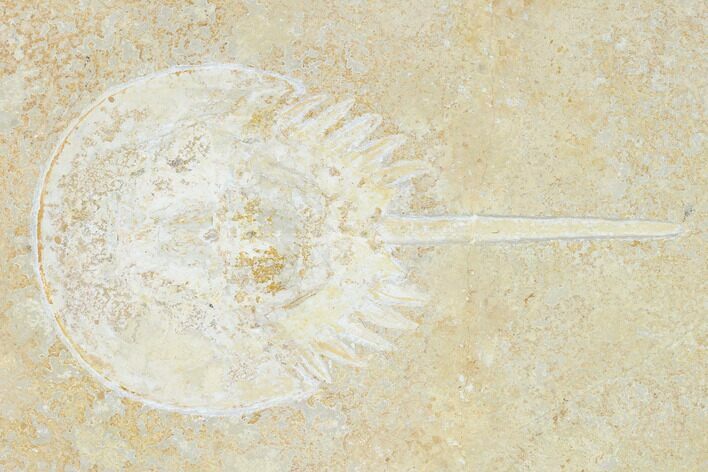 This is a rare fossil horseshoe crab (Mesolimulus walchi) from the famous Solnhofen Lagerstätte in Germany. It's good sized at 5.3" in length and has a supine (belly up) preservation on an 11.4 x 10.5" slab of limestone. There is a repaired crack through the spine where the rock broke during collection.