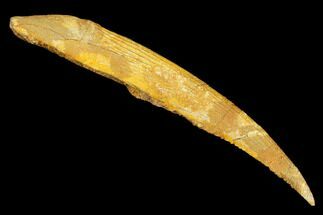 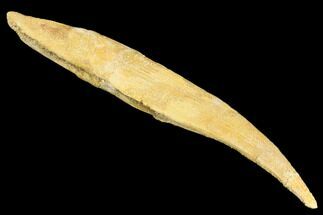 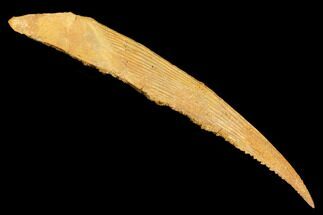 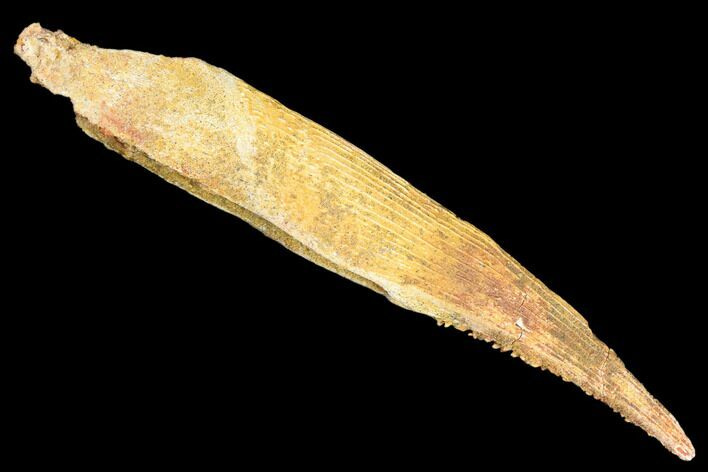 This is a 5.4" fossil, dorsal spine of a shark (Hybodus obtusus). It comes from the Late Cretaceous, Kem Kem Beds near Taouz, Morocco. These spines are relatively delicate so are are almost fractured while in the ground or during collection. This spine is very well preserved with only one crack repair.