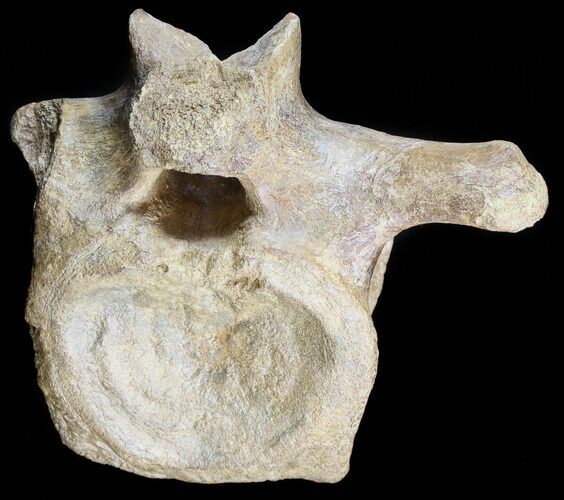 This is a 5" tall caudal (upper part of tail) vertebrae of Edmontosaurus annectens, a type of Hadrosaur. It was found in the Hell Creek Formation, at a private quarry in Powder River County, Montana. Portions of the processes are still present. There is one crack repair with minor gap fill in the left process.