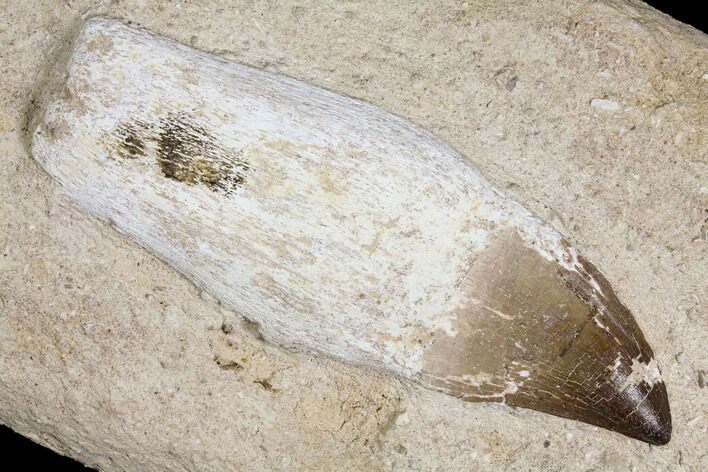 This is a 5.6" long, rooted tooth of a large Mosasaur (Prognathodon sp) from the Upper Cretaceous phosphate deposits in the Oulad Abdoun Basin of Morocco. The root is natural and not a composite like the majority of "rooted" mosasaur teeth you see. The tooth is quite large, but the crown has been geologically compressed and is missing some enamel.

Although Mosasaurs diversified and proliferated at a spectacular rate, their specialization is considered the source of their demise when marine systems collapsed at the end of the Cretaceous.
View Jurassic World Fossils
More About Mosasaurus & Mosasaurs
FOR SALE
$195
DETAILS
SPECIES
Prognathodon sp.
AGE
Late Cretaceous (~70 Million Years) 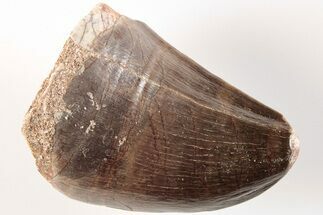 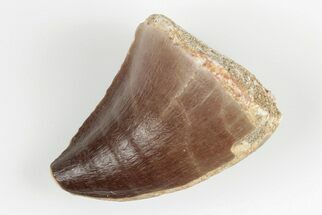 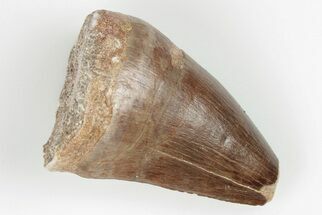 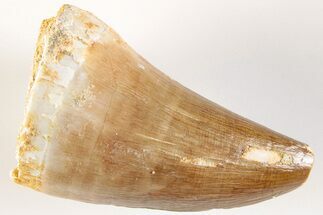 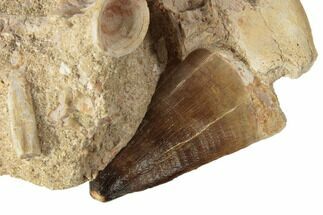 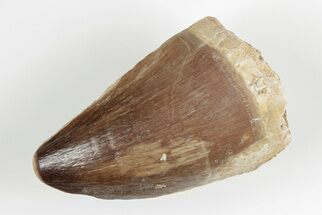 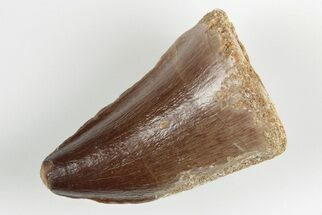 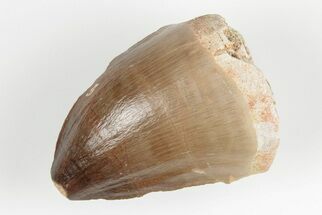