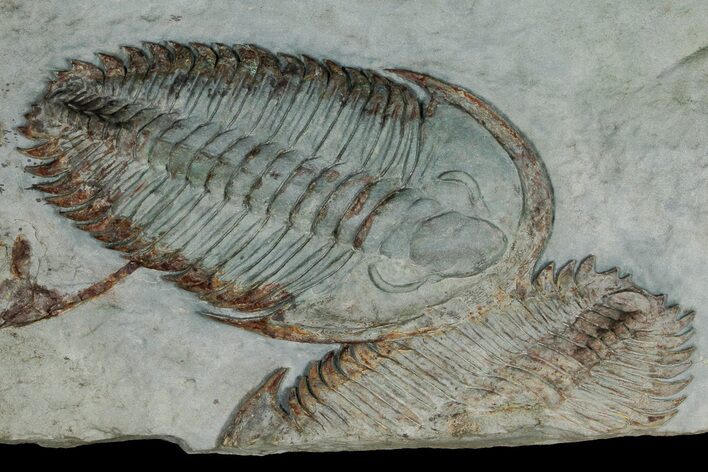 This is a spectacular, 5.75" long example of Gigantopygus papillatus (Hupe’ 1953) from the Issafen Formation of Morocco. It has been beautifully prepared in high relief against the rcok and there is a second, partial specimen right next to it. Less than 1% restoration to this specimen.