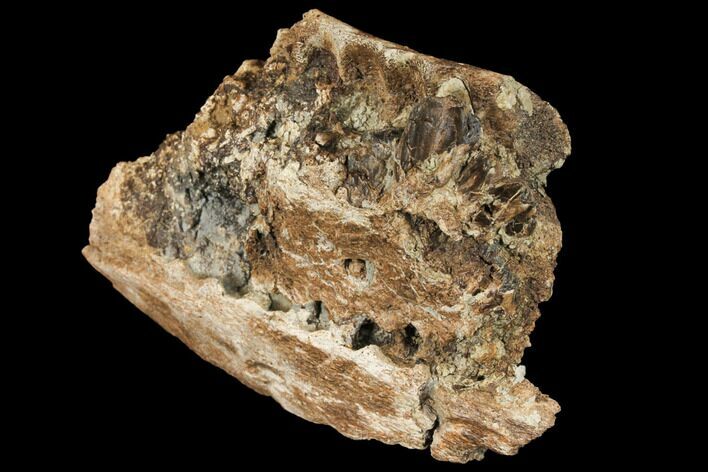 This is a 5.8" long jaw section of Triceratops horridus from the Hell Creek Formation near Glendive, Montana. There are three teeth visible from one side.