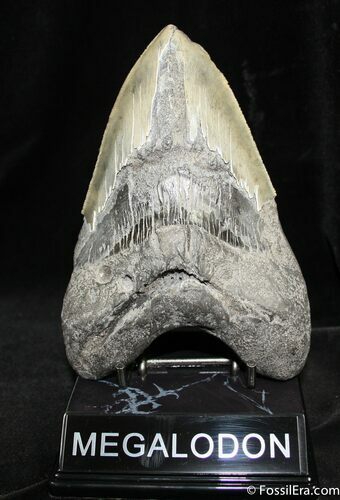 This is a beast of a Megalodon tooth just under 6 inches in length and would have probably come from a 50+ foot long shark. It's complete and has some enamel damage on both sides but has excellent serrations and a sharp tip, attributes that are missing from many large teeth. The tooth displays very impressively on the included "MEGALODON" stand.