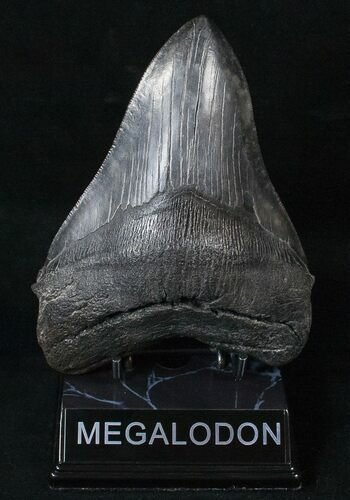 Very few Megalodon teeth reach 6 inches in length, and represent super-sized adult sharks. This tooth is exactly 6.00 inches in length and very heavy, weighing just under 1 lb. It has beautiful, multi-toned enamel preservation and nice serrations. It is so big that it dwarfs the included display stand.

Please NoteThis tooth does have some restoration done to the root. There is small areas of restoration to the top of the right side of the root and the bottom of the left side. The blade has not been restored.