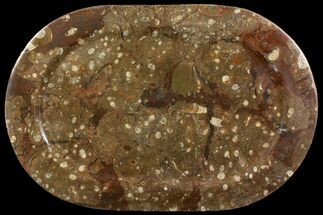 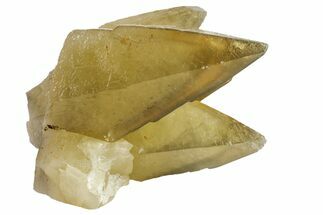 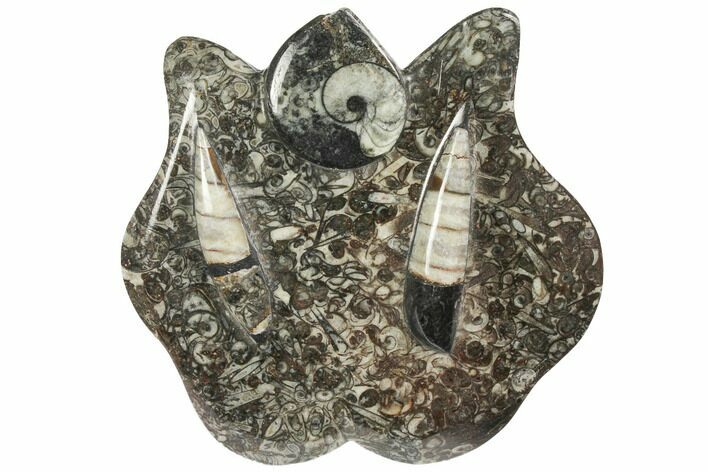 This is a free-standing sculpture created with 400 million year old, polished fossils from the Atlas Mountains of Morocco. It includes two fossil Orthoceras (a type of straight cephalopod) and a Goniatite (a type of ammonite) positioned on a sculpted and polished piece of rock. While these fossils have been repositioned on the rock, they come from the same locality. The rock also contains many other small fossils. The display is approximately 6.1 inches tall.

There is a small chip missing from the top of this sculpture where the goniatite is positioned.

Goniatites possessed a shell which was divided internally into chambers filled with gas for buoyancy. An open chamber at the front of the shell provided living space for the animal. The general morphology and habit of goniatites was probably similar to that of their later relatives the ammonites, being free swimming and possessing a head with two well developed eyes and arms.
SOLD
DETAILS
SPECIES
Goniatite sp. & Orthoceras regulares
AGE
Devonian (400 million years old) 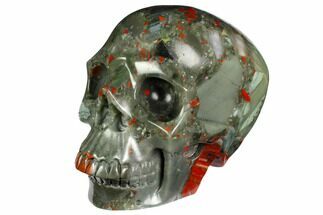 6.1" Wide Eocrinoid (Ascocystites) Plate - Ordovician
$35 $30
Our Black Friday Sale Has Begun!
Up To 30% Off Of All Items Sitewide
With Black Friday falling a week later on the calendar this year, we have decided to start our sale earlier. From now through Cyber Monday (Nov 30th) everything on our website is on sale. Be sure to check back often as hundreds to new listings will be added throughout the week.