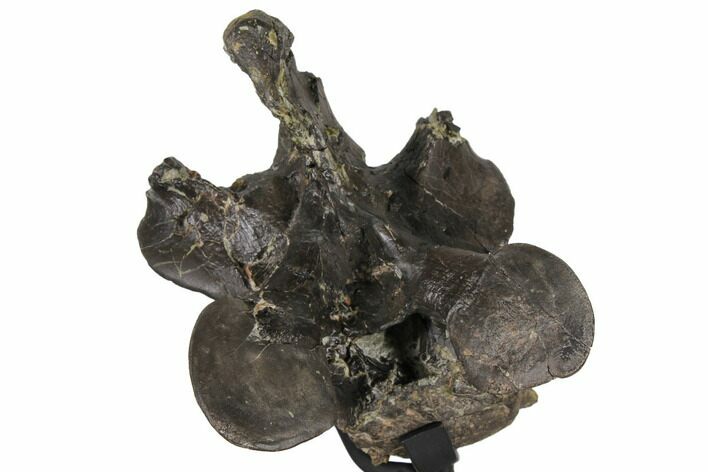 This is a beautifully preserved, 6.1" tall, Tyrannosaur cervical (neck) vertebra from the Two Medicine Formation in Montana. There is some crushing and and compaction but overall the bone quality is excellent and most of the process is intact. The only restoration to this piece appears to be some minor crack fill. Comes with a custom metal display stand.

The collector of this piece had labeled it as Albertosaurus but it may also be from the closely related Gorgosaurus. Isolated vertebrae of these two Tyrannosaurs would be nearly indistinguishable.

Albertosaurus shared a similar body type with other tyrannosaurids. It was bipedal with very small foreams, each with only two claws. It's estimated that they could run 8-13 miles per hour and may have hunted in packs. Albertosaurus teeth had very thin serrations that would have been used to pull meat from the body of their prey rather than cut it.
More About Albertosaurus
SOLD
DETAILS
SPECIES
Albertosaurus?
AGE
Late Cretaceous (~70 Million Years)