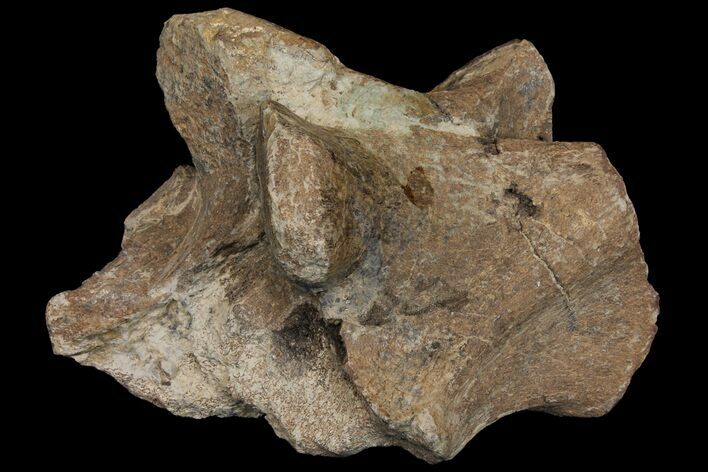 This is a 6.3" partial Triceratops vertebra, from the Hell Creek Formation near Bowman, North Dakota. It is a section of vertebral arch. It has two articular processes where it engaged the next vertebra and the bases of the transverse and spinous processes. The body of the vertebra is missing. It was compressed during deposition and fossilization.