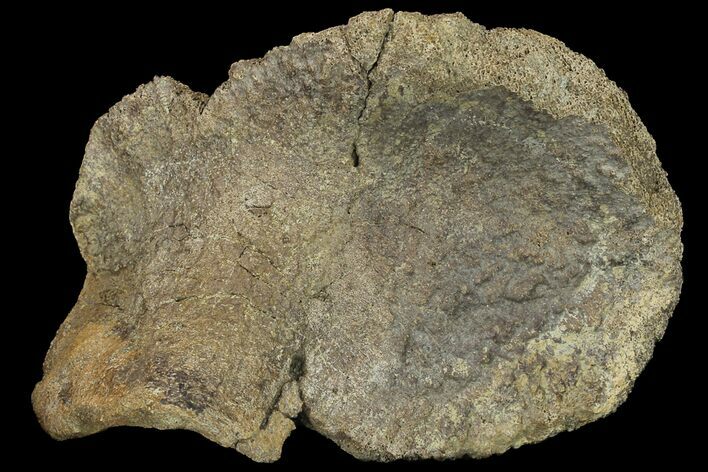 This is a nicely preserved, 6.6" wide Hadrosaur astragalus, collected from the Horseshoe Canyon Formation in Alberta, Canada. It comes from an unidentified species of Hadrosaur from the Upper Cretaceous, between 74-67 million years old.

There is a repaired crack through the middle of this bone, with some natural fractures throughout portions of the astragalus. Comes with an acrylic display stand.