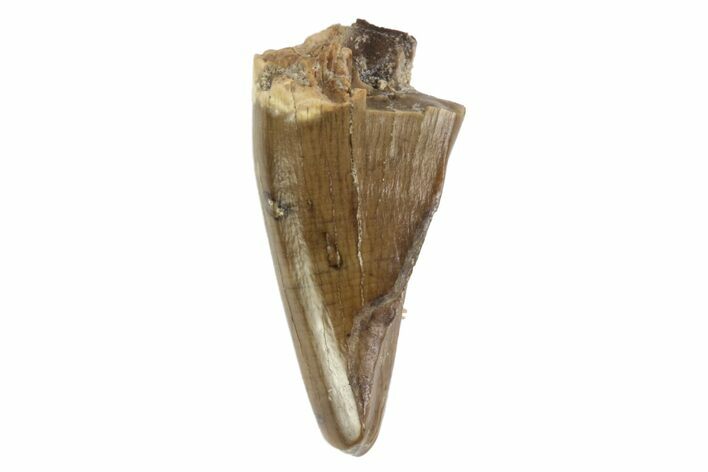 There is feeding wear to the tip and breakage proximal to the root. Comes with an acrylic display case. 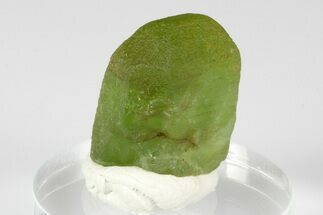 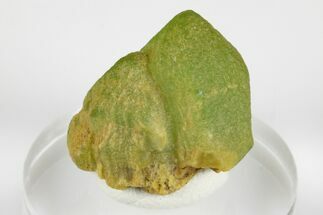