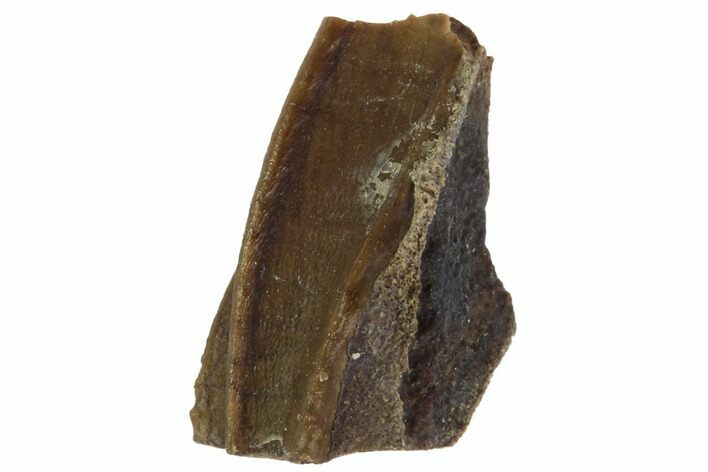 This tooth is a shed tooth or "spitter" and has a polished upper surface indicative of a lot of wear from grinding food. The approximate size of this Triceratops was 30 feet long with the approximate weight around 5 tons! 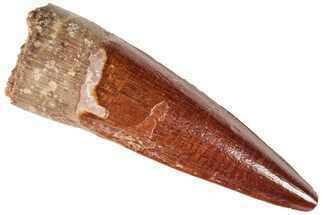