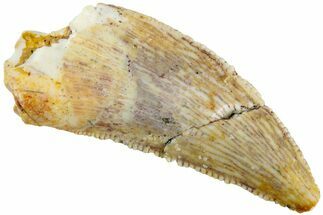 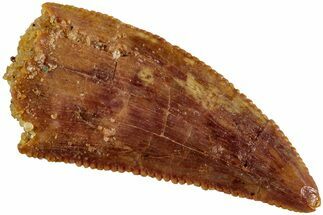 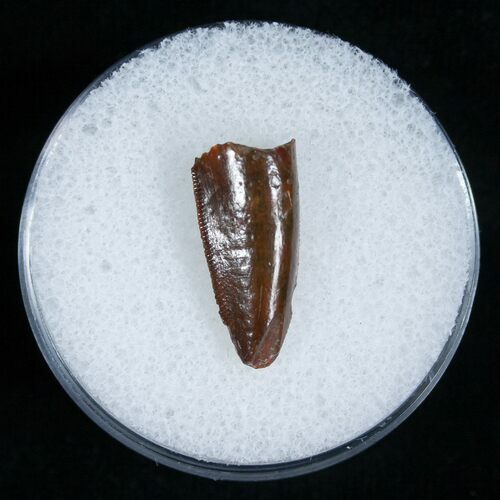 This is a large .66 inch long theropod tooth from the Late Cretaceous (100 million years) Tegana Formation of Morocco. These small theropod dinosaurs from the Tegana Formation have yet to be described, primarily due to lack of articulated bone material having been found. Because of this it's impossible to accurately give a species or even genus ID to these teeth. These teeth are most commonly attributed to a type of Dromaeosaur though it's also likely they from some type of Abelisauridae.

This tooth has a much more conical in cross section than the other teeth I purchased. Out of a lot of over 100 raptor teeth it is only the second one with these characteristics. I suspect it may represent a different species. 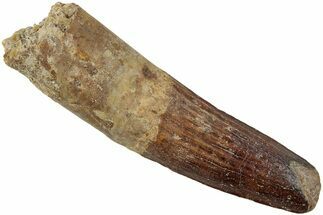 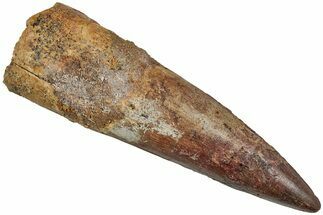