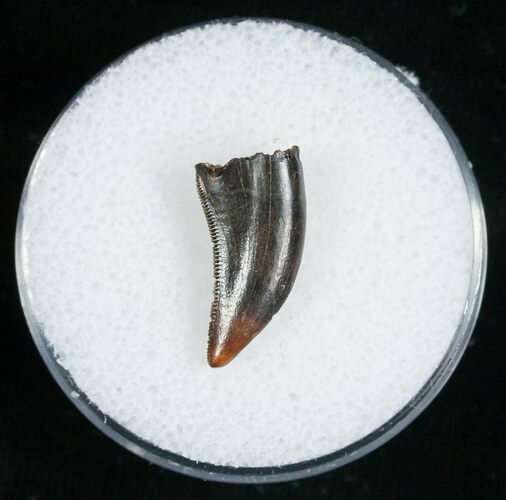 This is a nicely preserved tooth of a Dromaeosaur. These small theropod dinosaurs are popularly referred to as raptors. It comes from the Cretaceous aged (66 million years) Hell Creek Formation in Powder River County, Montana.

The tooth is complete with beautiful enamel preservation. The serrations are bit worn but visible. It comes with an acrylic display case.