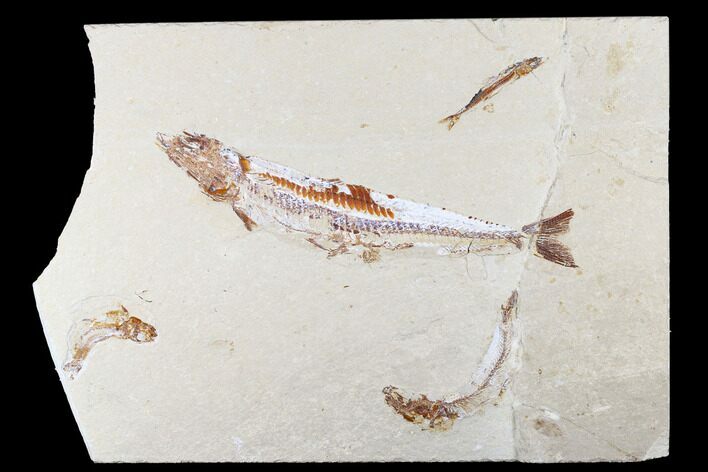 This is a detailed, 7.3" long, fossil viper fish (Prionolepis). It preserved in association with an additional, smaller Prionolepis, a Gaudryella fish and an unidentified fish. A truly fascinating feature of this specimen can be found in the large Prionolepis's stomach where a fish had been consumed prior to death. This specimen comes the Upper Cretaceous Lebanese lagerstätten near Hjoula.

There is a repaired crack the tail of the largest fish and the limestone has been backed with a plaster for stability. Comes with a display stand.

A photo of one of the quarries at Hjoula, Lebanon
FOR SALE
$485
DETAILS
SPECIES
Prionolepis sp. & Gaudryella sp.
AGE
Upper Cretaceous (~94 Million Years) 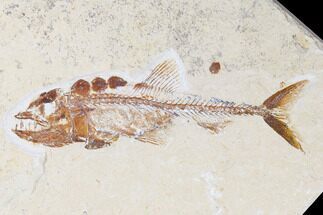